GET TO KNOW ANDREW OWENS 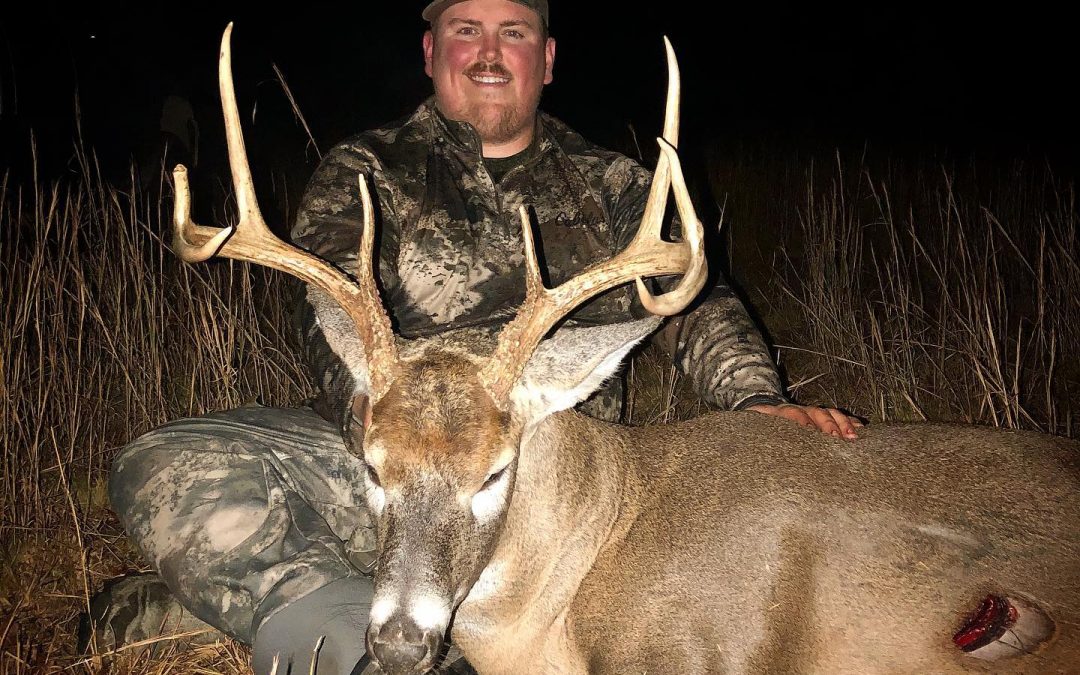 I started hunting as soon as I hit the legal age to hunt, which was 10 in New Jersey. I was more than excited, I definitely hit the door on my way out. I was always surrounded by the outdoors my entire life. My Dad had me out in the woods with him as soon as I could walk out there. There were pictures of me and him fishing I am not even able to remember because I was so young. It doesn’t matter if it was fishing or hunting though. My father and I would always be outdoors regardless of what it was. We could be hiking, putting up deer stands, or honestly just simply being outside. When it came time to finally hunt, I jumped on the opportunity like white on rice, I was waiting for the moment my whole life.

When did you know that professional fishing and hunting could be a part of your career?

When I was in high school, I dreamed of always being on the bass masters and only could wonder what it would be like to be a part of those competitions. I jumped into it professionally as soon as I entered college. My freshman year I came across a mutual friend who was in the professional side of FLW and asked him about traveling to these tournaments and fishing, possibly as a co-angler with him. Before I knew it, I was 3 years into college, fishing as a co-angler in the FLW tour. Totally glossing over collegiate fishing and jumping straight into the professional world was a wakeup call to the urgency and knowledge you need to be prepared with when going on those tournaments to try and win. Hunting professionally, I am still new compared to others, and it was a bit different. My friend recommended that I start filming my hunts while I go out because it made it more exciting, and it was fun to look back on. He was not kidding, and I instantly became addicted to it and eventually through contacts I came across Trent and really became involved.

What does hunting and or fishing mean to you in your life?

It means everything to me. Hunting and fishing are my heart, personality, and soul. Without it, I wouldn’t know what to do with my life. It allows me to enjoy myself and close ones in the greatest setting God has to offer, the outdoors. Life is about comradery and being with loved ones. To me, hunting and fishing is the greatest way possible to live our life.

My senior year of high school my friend and I went on a doe management hunt during the winter. My friend ended up shooting a very nice sized one that we ended up tracking. During the course of tracking the deer there was an incredibly severe snowstorm that started pouring down. At a certain point, we could not see the trees in front of our face in the woods, it was totally white out. The only way we could see where we were going was following the blood of the deer and having our tracking dog, Izzy, follow the scent of the deer. There was no way with the snow falling like it was that we could differentiate the footsteps in the snow. We finally came out of the wood line and ended up being 3 miles away from where we came in, with both of our phones dead. By the grace of God, my friend’s Dad called the cops earlier to find us because he got scared and just so happened to end up at the spot we came out at the same time. You can say we got very lucky.

What is your greatest accomplishment in hunting?

My greatest accomplishment is watching my beautiful wife grow into the hunter she has become. It really amazes me; she started from nothing and has become the most patient hunter I have ever witnessed. She deserves every deer she gets, and her natural talent came to fruition her first full year of hunting. That year she killed her biggest deer. She only wanted that deer, and the day she took him down, it was raining its tail off, but she still went out with her bow and dropped him. Being able to watch the one you love the most become great at your favorite activity is a constant source of happiness to look back on. I am so grateful for her every day.

I met Trent through working at Black Water Sports Center. He talked to me a bit about everything in life, just about how I was doing, what hunting I was getting into, just about everything you can think of. I told him I started filming a little while hunting and made sure to stay in touch with him in case the opportunity would ever arise that I could be a part of Blitz. During a five-year time period I stayed in contact with him and even did a bit of hunting, and eventually I approached him about filming for Blitz and the rest was history. It was awesome, I watched Trent for years on the sportsman channel, and to be a part of Blitz Outdoors now is such a blessing.

I want to get youth hunters much more involved with the sport. Hunters are being attacked by all angels these days. We’re aware that hunting is starting to become a forgotten tradition. We need to make sure that our youth are still carrying on this beautiful tradition. I want youth hunters to show other people that this sport is much more than just killing. This sport is about comradery, respecting nature, and feeding your family in the most natural way possible. With Blitz Outdoors’ upbeat and informative approach to the show, I believe any younger viewers watching will fall in love just as easily as I did with the sport at their age.