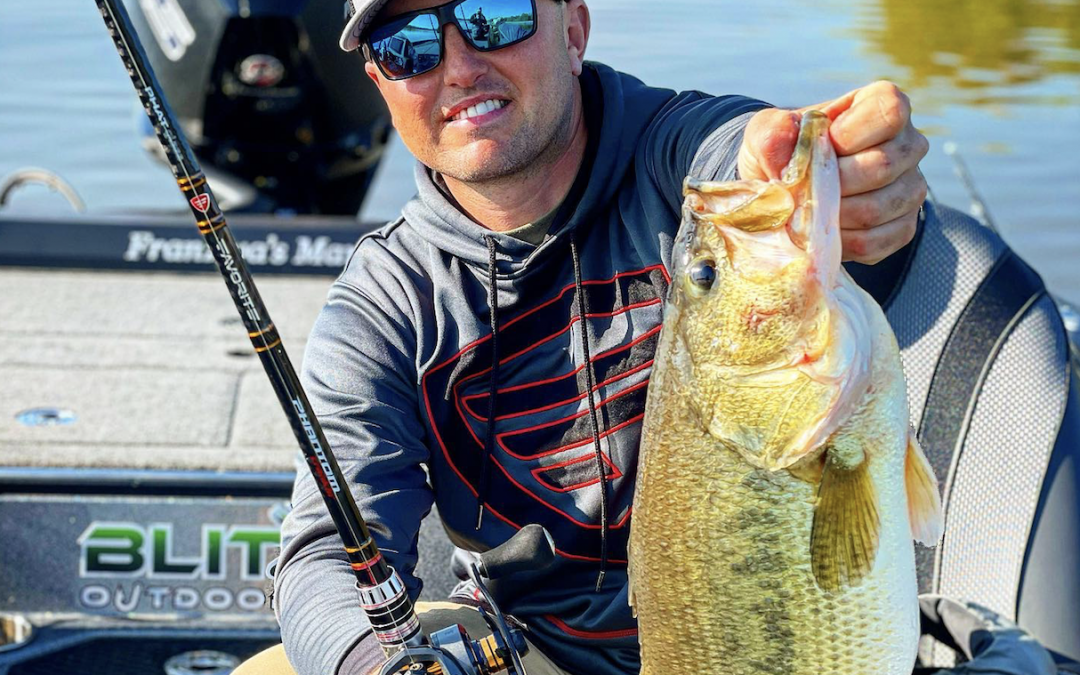 When did you start fishing, When did it become competitive?

I started fishing as soon as I could hold a rod and reel, which give or take was around three or four years old. After fishing a lot with my father just for fun, he took me into tournaments when I was about fourteen years old. Around the same time I worked at a boat dealership during and after highschool until I got into the police academy. I met a coworker named Joe there who took me under his wing and taught me everything there was to know about boats and fishing tournaments. He would take me out as a rider and show me all he knew. The knowledge I gained from my time with my father and Joe was priceless considering what I would go on to do.

How was the transition from fishing recreational to competitive, and eventually to professional?

I stepped into the professional fishing world full throttle. Back in 2015 I went right into the bass master open with my own boat and everything. Most people start out as a co-angler, and I sure wish I did because it was one of the biggest learning curves I had to jump in my entire life. It was eye opening, but I picked up things pretty quickly. You have to have common sense, there’s a lot more going into these tournaments than just jumping in the truck and going fishing. You have to strive for perfection and prepare for anything that could happen. My background as a New Jersey State Trooper taught me some irreplaceable skills about checking over things and being prepared. Be organized to save time, and have a back-up plan always, because any given day on the water can change in an instant.

What was your craziest fishing experience

I have definitely had my craziest experiences fishing due to the weather. Lake Erie would have to take the cake. We came out of Buffalo, my friend and I wanted to head out really fast in the morning before the weather and winds were supposed to pick up in the afternoon. By the time the wind had picked up that day, we limited out and I even caught a five pound small mouth. Even though we caught fish, the bad weather had gotten there before we could get out. The waves got bigger and bigger, they got up to six to seven feet high. Going back to being prepared for the worst, I learned from my father and Joe that you need to zig zag big waves for your boat to safely get over them without flipping. Eventually we made it out, and ended up having a great day of fishing, but we only made it because we were prepared for situations like this.

What was your favorite fishing experience?

It was definitely when I won the Phoenix League Fishing Tournament two years ago on the Chesapeake Bay. We ended up catching 23.9lbs. I ended up losing one that was over six pounds, but from what I caught it was still enough to win by just one pound! I’m going against my nature here because I only practiced for one day on this event and even wanted to leave half way because I didn’t end up catching a whole lot until towards the end. It was only after a conversation on the phone with my brother when he told me to keep going and not give up yet. He was right, I went on to catch eight-teen pounds of fish and when I went to a spot I had only ever caught one fish on, I yanked one out that was over four pounds. Other than being prepared, you have to always be patient.

When did you meet Trent and become involved in Blitz Outdoors?

Last year before the tournament season is when I had fully gotten fully involved in Blitz Outdoors. I’ve seen Trent around in tournaments in the past for years and had become really good friends with him. Trent is one of the realest and most down to earth kinds of people, he will tell you as something is but will always be supportive of you. We worked on getting me involved with Blitz Outdoors because Trent already had Blitz Outdoors in the hunting world, but he wanted to have more of a fisherman side of Blitz Outdoors. We crossed our Ts and dotted our eyes and dedicated this fishing portion of Blitz Outdoors to making things happen and having fun, because we love doing it!

What do you hope to bring to the viewers of Blitz Outdoors?

Blitz Outdoors is all about giving back everything we have learned to our viewers. Paying attention to detail, getting prepared for tournaments, putting your time in for pre-fishing, everyday details that go into making the best of your fishing experience. A lot of people think all you need is a boat and you can just go into a tournament and kill it. But there’s just as many times I have gone out on a boat and not caught anything as there are limits. With the right preparation and knowledge you can avoid that, and really have yourself set up for something good. We want to show everyone that with the right plan, you can do some great fishing.