GET TO KNOW STEVE NIEDERER 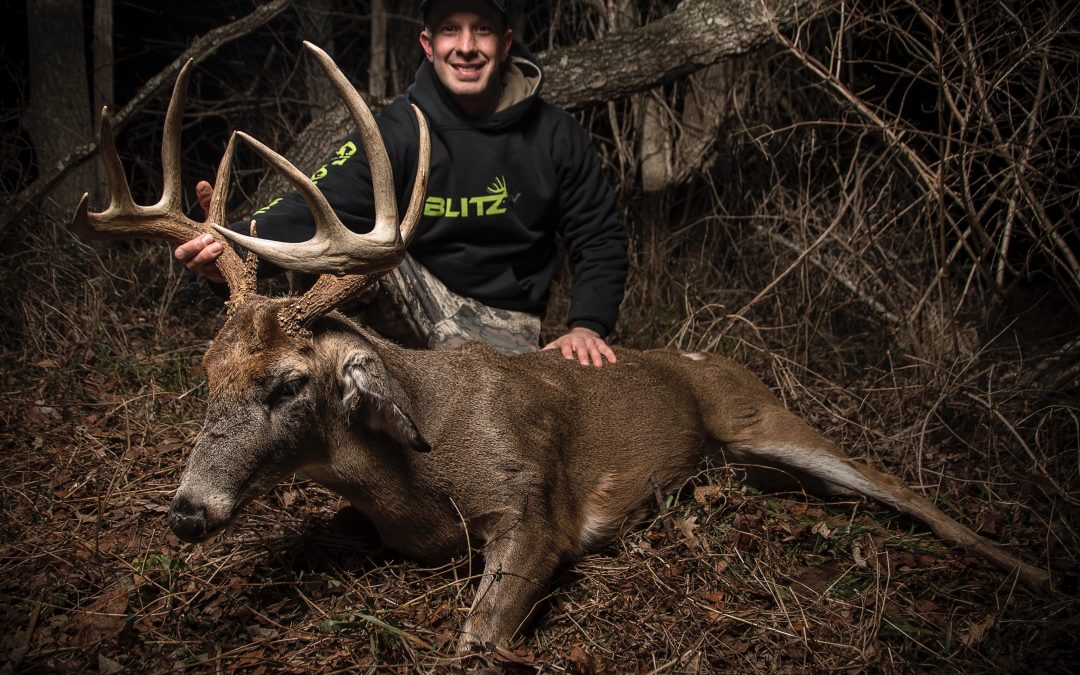 I started getting pulled up into a tree stand when I was in diapers. My grandfather and Dad would take me with them every opportunity they had. Once I was old enough to hold a gun, my grandfather would take me out with a 410. shotgun and let me shoot random stuff like trees and shrubs in the woods before the legal age. When I finally turned 10 which was the legal hunting age, my dad and grandfather went in to buy a 12-gauge Browning for me. I was the runt in the family, and I was probably 50 pounds wet, so shooting it put some hair on my chest. I learned almost everything from my father and grandfather, but when I was about 13 years old, I learned about archery hunting, and I have been infatuated since. I have shot probably 200-300 deer in total with a bow since I started.

When did you know that it could be a part of your career?

I never really tried to get into it first career wise. Eventually I ended up in it through meeting contacts and surrounding myself with people I knew in the outdoors world. It was a lot of hard work and dedication to hunting, learning skills and thinking things through. The great thing is that you always learn something new with each hunting experience, even the most experienced hunters do not know everything about hunting. From there if you have the right morals, willingness to learn, and surround yourself with people that are successful, it will fall into place.

What are lessons learned in life that you have incorporated into hunting?

Biggest lesson to me is to never give up. So many times in life I have been close to failing and giving up. Through perseverance I kept pushing forward, in return good things ended up happening. A 161-inch deer in New Jersey I harvested last year because of this. It was my third time chasing that deer. I missed him a week prior to shooting, and never gave up, and eventually I got him. Lesson is to always pursue until you finish, never start something and give up, because you are never going to know what you could have done. I would not be able to live with myself if I did not get that deer. In my current career in law enforcement, I was turned down by 15 departments after the academy because of a hiring freeze caused by a limited budget. That did not stop me from continuing to apply, and after 2 years I finally was hired. Never give up.

The 161-inch deer I shot last year takes the cake. The culmination of years of learning about this specific animal and how to get him cost me sleep, time, money, and problems in work and with my girlfriend. This one deer consumed my head. Over a three-year time period, starting in 2017, I began to go after this deer. He was easily the smartest animal I have ever chased. He dodged and weaved us in several different ways. He moved with the wind to his back and would always walk around breathing and licking the air to check for scents. I finally found where he was bedding last season. I put a camera in the area to spot him, and the very same day he showed up and I got pictures of him. I immediately hunted that spot in the evening. He never showed up, and I would not see him again at that spot-on camera. He picked up my scent and knew I was there. We then spotted him at another spot we had seen him at before. I hunted it and missed him. At this point, I was at my peak of stress from this deer. We again spotted him at a different spot, but this time, I finally got him. This goes back to never giving up, I felt like it, this deer caused so many issues, but just continuing to go after him paid off in the end.

What is your greatest accomplishment in hunting?

My greatest accomplishment is realizing what hunting means. At a young age it was all fun and games. I only wanted to go after the biggest and harvest the most of whatever I was hunting. It was only till I matured through age and realized hunting was more than just racking up numbers. Hunting is about bringing you and everyone you involve in your hunt together. This goes from the hunters who go out with you, the people you feed with your harvest, and the animal you kill. You enjoy people’s company you hunt with, there is nothing like having people out there that you share similar interests and values with and bagging a deer or getting a limit of birds together. Feeding your family with your harvest is something you can be proud of, you know this animal you are eating, you know where it came from and how it was killed. What is even more important is how you killed the animal. You need to understand that you are taking this animal’s life, feeding yourself and your family, and for that it deserves the utmost respect. The realization of these values cannot be replaced, and I consider them each hunt.

What would you recommend to hunters that are just starting out?

Hunters just beginning need to respect the laws and regulations of hunting at the same time of respecting the animal itself. You cannot go into a hunt just wanting to shoot things. There is a larger purpose of your hunt. You must consider the purpose in nature you are being a part of and realize you are taking the life of this animal to eat. The sacrifice they take is immeasurable and your respect is the very least it deserves.

I met Trent 10 years ago through a friend who was already on the team. I was just starting out with filming and hunting at the same time. First deer I shot with a buddy on camera took the experience to another level. It was challenging hunting with another person filming. There was more scent you had to consider of the deer picking up, and not very much room to work with, but getting to share a moment like that on camera is what makes it so special. Once I hunted with Trent, I was not sure how to act, he was a huge football player, and I did not watch football, so I did not know much about it. I came to realize that he was extremely humble and is the kind of person that would take his shirt off his back for you. It was amazing meeting him. He shared the same passion of outdoors with me and gravitating towards him and Blitz Outdoors was easy because it was something that we could share those values with together on camera.

I want to give back to the viewers and non-viewers alike. To people who do not understand hunting, and to the people who are against it as well. I want to get the idea across that we are all human beings, we just grow up with different values and practices that are passed down from generation to generation. I want them to understand that hunting is not about killing. Hunters make up for most conservation efforts paid for by state and private non-profit organizations alike with funds raised through donations and even the hunting licenses and permits were forced to buy to hunt. I want everyone to see we have respect for nature and want to give back to wildlife.